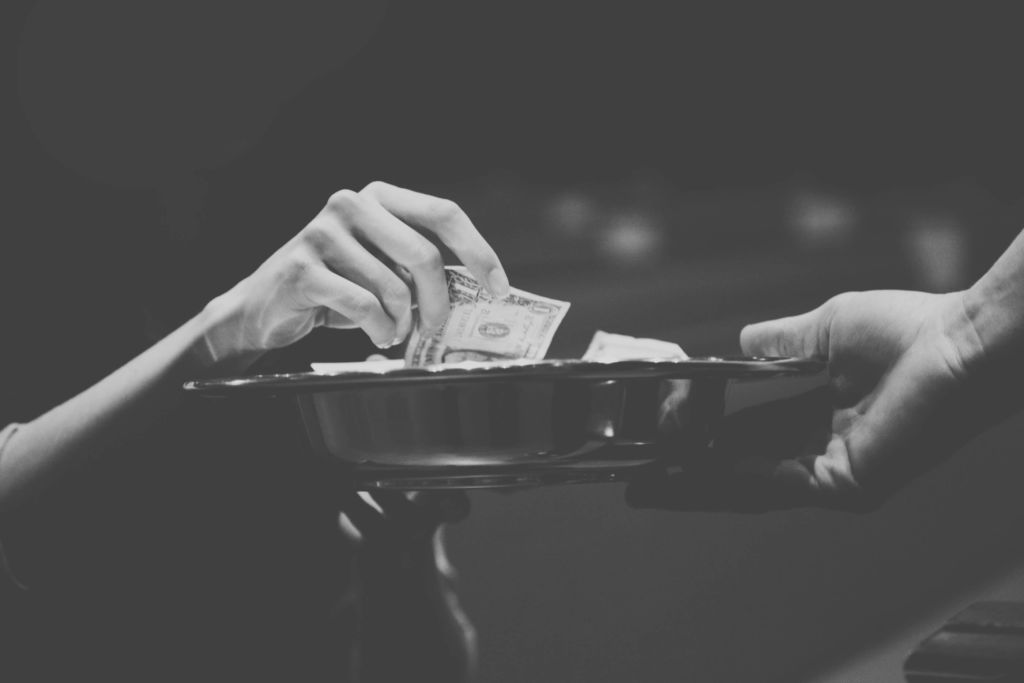 3 Things I Learned Leading Through a Capital Campaign

I have had the privilege of leading a church of 220-250 partners through two three-year capital campaigns which raised over 1.2 million dollars for the sake of major building renovations and improvements. Privilege… Privilege? Depending on the day, that may or may not be the word I would use to describe this experience. Some days it was tough. Some days it was exciting. Part of the time it was draining. Part of the time it was exhilarating.

In the end, God was glorified, I survived, and maybe even learned a couple of things along the way. Here are three:

When I started as the Senior Minister of Bridgetown Church of Christ (BCC) ten years ago, I discovered that there were two churches meeting in the same building. One group, those who attended the “traditional service,” had been around the church for decades and stayed when many others had left. They had been a part of campaigns in the past but did not see much need for current improvements. The church was smaller than it had once been, and the building was “good enough” back then. The other group, those who attended the “contemporary service,” had all come to the church in the past four years and many were altogether new to Christianity. Most had never been a part of a campaign, but they saw the need for improvements. The trick was getting these two groups to come together and to act as one, unified church. The tool God used to make this happen was a campaign.

Mission>Forward, a campaign we launched in 2012, unified the church. To this day, I do not think we have replicated the closeness we felt during the launch of the campaign. Nearly every person in the church was involved in some way, and we had more families commit than anyone expected. It was exciting! The meetings concerning the campaign forced both groups into the same room. Relationships started to be made across generational lines and everyone knew we had to come together or the campaign would fail.

By God’s grace, this is exactly what happened. The campaign united the church because it gave every person in the church something bigger than themselves to focus on. Anytime a church raises money to renovate a facility, support a mission, or grow a ministry, it gives everyone the chance to be reminded of the mission. Campaigns can unite a church.

The second you ask someone to make a financial commitment, they will tell you what they do not like about the church. I am not sure how these two things are related, but they are. Maybe it is because we all tend to be skeptical when asked for money? I know I am. When someone asks me to support something my mind instantly generates a list of reasons why generosity is a bad idea. Wouldn’t it be nice if generosity was my default? If I first thought about how much I could give instead of how little? This is not how we are wired. So, when we start talking about financial commitments within the church, we should be prepared to hear concerns.

The concerns which are raised generally fall into one of two categories. On the one hand, there are authentic theological and stewardship-based concerns. What I found is that people really, really think about what they give, why they give, and if their giving is making a difference. Theologically, some people have concerns with making a three-year commitment because they believe their “yes should be yes” and they will not fill out a commitment card. Others have a real heart for missions. One couple even said to me, “We have been very challenged through this campaign to give more than we ever have. But we are going to give to a mission in India because this is what we believe God is calling us to, and we think this is better stewardship of what we have.” In these instances and countless others, I found that patience and an understanding of the Kingdom of God were key.

God’s kingdom is bigger than any one church and the campaigns allowed me to have some deep, deep Scriptural conversations with others about stewardship, commitment, and the church. This is a very good thing!

On the other hand, I discovered that many raised concerns to deflect the pressure off themselves. Either they did not want to give or were too financially strapped to give so they found a reason not to give. This became the most frustrating when their concerns were voiced in meetings with lots of people. Often, I had already talked to them in private, but they wanted to air their grievances in public, so others would know why they were not giving. Again, patience was key. It was very important to let each person know they were heard and to respond with grace. It may have been most important to do this because it was so often hard to tell who had legitimate concerns and who was just pushing off the conversation for fear of conviction. Maybe it was not for me to know which was which, but it was for me to respond in a Christ-like way time and time again.

The most exhilarating and draining part of leading a church through a capital campaign is restating the mission over, and over, and over, and over and over again. Like most churches, the core leadership team had talked about the campaign for over a year before we ever presented it to the congregation. For months we met with a consultant, prayed, listed pros and cons, read Scripture, sought advice from other elders, and then we “went live.” This is a good thing. The process put our team on the same page and we were all convicted by God’s leading. We were ready to get going and to give! But the church was not there yet. What we had thought about for months they had considered for weeks. We were convinced of what needed to happen to move our mission forward, but the church was much less convinced.

Thankfully, our campaign was tied to our mission. The best campaigns are. In each campaign, our mission had to take center stage. With every piece of communication, conversation, and meeting, we had to bleed the mission. Time and time again, we had the opportunity to remind the church (and ourselves) of the importance of introducing people to Jesus. That was exciting! For six years we came back to the mission again and again. More and more people came on board, and God did amazing things. However, there was an ever-present danger to get tired of saying the same thing one more time. There was an ever-present danger of slacking off on discussions of mission for the more pointed conversation about money.

This is when our leadership was most tested. Beyond all else, I found that campaigns test the resolve of a leader to fulfill the mission. Was I willing to have one more conversation? Was I willing to once again talk about the mission of the church? Was I willing to say the same thing I had been saying for six years? That there are people in our community who need to know Jesus? The answer seems easy. Of course! The practical reality is much tougher. But man, o man, campaigns are God-given opportunities to reinforce the mission! When we have these opportunities, it is wise for us to make the most of them.

Nathan Hardesty is the Senior Minister at Bridgetown Church of Christ in Cincinnati, Ohio. Nathan has been in a church leadership role since 2003 and loves spending time with his family, hanging out with friends, fixing up his old house, teaching, and preaching.