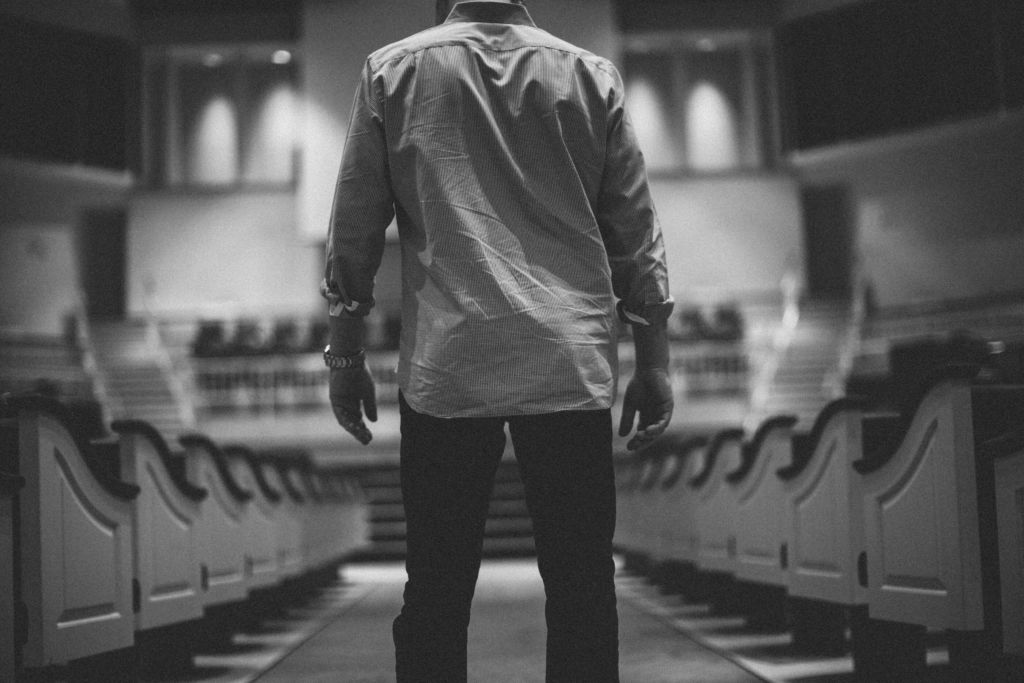 This is the second in my short series of articles about leading change in our churches.

In my first post, I talked about how brokenness and boldness are always connected. You can be broken without being bold, but you can never be bold without being broken. Boldness without brokenness is arrogance. Arrogance never builds God’s Kingdom. But when boldness is born out of brokenness, the Kingdom advances.

In youthful foolishness, I thought I could just start changing stuff. If I was a dynamic, charismatic leader, people would follow wherever I led. I was in for a rude awakening, and that awakening came fast and hard.

I found myself on the receiving end of some of the nastiest vitriol I had ever heard, and it came from the lips of people who claimed to follow Jesus. Seemingly every day brought another gut punch. I wanted to just crawl in a hole and hide. It was a brutal season, and I was DONE.

I went home one night after yet another person had taken a sledgehammer to my soul, and I told my wife I was resigning. I couldn’t take this anymore. I didn’t know what I was going to do, but I knew I wasn’t going to do THIS anymore.

My wife is far wiser than me. She let me rant, but once I calmed down, she looked me in the eyes and said, “God’s not finished with you here yet.”

It was my “stay in Ephesus moment,” similar to when Paul told Timothy to remain at his ministry post in Ephesus (1 Timothy 1:3). Ephesus was not exactly an easy ministry gig. Timothy probably wanted to go somewhere, anywhere, else. But Paul told him to stay. God wasn’t finished with him in Ephesus yet. And the same was true for me.

From that moment on, I began to reevaluate my situation. I had been focused on the wrong people. I was getting killed by my critics, but we were also beginning to make inroads with more and more people who didn’t know Jesus at all. I turned my focus to them.

I started asking questions like, “What is keeping us from reaching more people, more effectively?” Instead of hardening my heart because of my many critics, my heart broke for people far from God. Change wasn’t optional anymore. We had to change to reach people. The changes would inevitably increase the heat on me and our other leaders, but this brokenness led to a new boldness.

And change we did. Our church was an established, fairly traditional congregation. It was marked by unhealthy past leadership that had created a toxic atmosphere. That had to change.

I began casting a vision of what a new, healthy leadership would look like. If the leadership didn’t become healthy, neither would the church.

We made sweeping changes to the church’s bylaws. We eliminated committee meetings where anyone in the church could stop a leadership decision in its tracks. In fact, you didn’t even have to attend the church regularly. You could still waltz into one of these meetings and stop everything. Did I mention we were unhealthy?

We eliminated these committees, and we also got rid of congregational votes. This one was especially risky because any change to the bylaws required a vote. So we were essentially asking people to vote themselves out of voting. It was the ultimate test of whether the church had lined up behind the new, healthier leadership that was now in place. I also knew that it was the make-or-break moment for my ministry.

The day arrived, I was a nervous wreck. Boldness doesn’t eliminate nervousness. There was a congregational meeting after the service, and the ballots were collected. They were counted behind closed doors, and I found a place to hide out by myself. I couldn’t bear to be around anyone in that moment.

The wait was interminable. But when the door finally opened, I was able to hear the announcement from my hideout: everything had passed. All these critical changes would be implemented, but the vote came down to percentage points. When we did the math, we realized that these sweeping changes passed by one vote.

I like to think that God cast that deciding vote. The necessary changes were now in place, but it had come at a high cost. The division in our church had never been greater. Nevertheless, this vote was the dawning of a new day.

People started to leave our church. A few at first. Then in droves. Several local pastors should have taken me to lunch because I might have been doing more to grow their churches than they were. They were having a revival while we were in freefall.

You can’t have an ego while leading change in a church. Remember that whole “arrogance never builds God’s Kingdom” thing? It’s true. I was leading a smaller and smaller church every week. That’s hard on any pastor’s ego. But these exits were essential to our health.

When this exodus stopped, we were a much smaller, but far healthier church. However, one major change was still needed.

We realized that due to the poor leadership of the past, the church had a negative reputation in our community. We were never able to move past it. No matter how healthy we became on the inside, we still had a stigma attached to us on the outside.

There was only one thing we could do: become a brand new church. So that’s exactly what we did.

We knew we had to leave our location and our name behind and start fresh. So we made the decision to walk away from a building that we owned debt-free and move to a hotel. We also left our old name behind. We were now Connect Christian Church, a portable church that met in a Holiday Inn conference center each Sunday.

We believed this was where God was leading us, and we bet everything we had on it. If this failed, the church would close. Our staff would be out of work. We would forever be known as the people who killed a church. It was a bold, all-in move in every sense.

If I was writing the story, the chapter that followed this move would have been filled with puppy dogs and sunshine. Everything would have been awesome. But it wasn’t. Instead of sunshine, there was a storm. Instead of puppies, it seemed like Cujo was waiting to take a chunk out of our hide.

We moved to the hotel in April. By the time summer arrived, we were in trouble. Attendance had plummeted because numerous people just couldn’t wrap their minds around what we had done. To them, church required a building. They just couldn’t envision church at a hotel, so they left. And as they left, so did their money. We were deep in the red. We implemented a spending freeze except for salaries and the hotel rent payment, but we were still hemorrhaging money.

Every Sunday, I busted my butt helping to set up everything just so we could have church. And then I would step onstage and preach to a room that was ⅔ empty, all while knowing we were broke. And then I would sweat it out while we tore everything back down and loaded it all into trailers.

It SUCKED. There were more than a few Sundays where I wondered, “What in the world have we done?”

But the Message paraphrase of Isaiah 45:15 proved to be true. “Clearly, you are a God who works behind the scenes, God of Israel, Savior God.”

Just because I couldn’t see WHAT God was doing didn’t mean He was doing NOTHING. He was rebuilding our culture. He was reigniting our mission. He was breathing new life into our church. It just took a long time to see it.

Honestly, we probably shouldn’t have made it through those days, but by God’s grace, we did. Which brings us to where we are today.

And that’s where I want to challenge you. I appreciate you taking the time to read our rather long story, but I also hope this ends up being much more than just the story of some random church in southern Ohio. I hope it breathes new life into your vision for your church and what can happen through your broken boldness (or bold brokenness).

Allow God to break your heart for lost people. Then pray for God to show you what He wants to do through your church. When He answers that prayer, it will scare the socks right off you. But when I read Scripture, this is what I see repeated time and again. God wants to give us a vision for His Kingdom that will scare us right into His arms.

Leading Change (Part 3): 4 Critical Questions You Must Ask Yourself