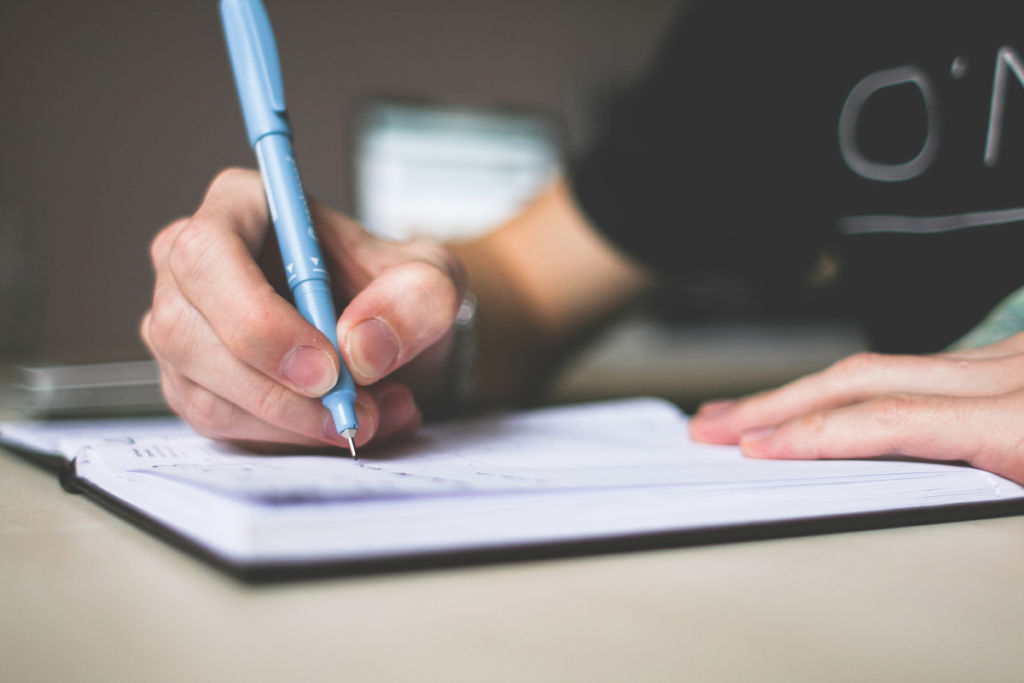 The title is the smallest part of a sermon. It usually doesn’t even get mentioned during the actual sermon. Professional copywriters often refer to the first line of a sales letter as the “eyebrow” because it literally looks like one, all alone at the top.

But I believe the value and importance of sermon titles is severely underestimated as an outreach tool.

I’ve spent quite a few years writing and editing articles for publishing on the web, and I’ve learned that while the content matters deeply, the title is the first determining factor in whether the content ever gets its chance.

In the same way, the amazing sermons you’ve worked so hard to prepare can potentially be heard by more people if you know how to write and utilize great sermon titles.

So what does an effective sermon title look like? Here are six tips…

1. Answer the question, why should I come?

I would argue that the purpose of the sermon title is not what you might think it is.

The one and only one purpose of a sermon title is to help potential attenders answer one single question: Why does this matter? Why should I show up to hear it? Is it more life-changing for me than the Packers game?

I’m a big fan of the Puritans, but they wrote sermon titles for a different time and a different culture, and they really had no way of using them ahead of Sunday anyway. Consider Thomas Shepard’s sermon,

Of Ineffectual Hearing the Word – Subjegation to Christ in All His Ordinances, and Appointments, the Best Means to Preserve Our Liberty.

Jonathan Edwards actually came much closer to the right idea with his Sinners in the Hands of an Angry God because someone hearing the announcement would likely think, “Oh, that’s me! I’d better go find out…”

For its time, Shepard’s title made sense to his potential hearers. I’m not sure it would draw quite the crowd today it may have in the 1650’s. Today, a better title might be

What Jesus Really Wants from You

When mechanics talk shop, non-mechanics like me feel a little left out. When wine club members speak of a wine being “woody,” I have no clue what they’re talking about.

And when Christians talk in church code, the only people to whom they can appeal is other Christians.

How to Develop a Spiritual Burden

After re-working it multiple times (and good titles take time to write, by the way), I settle on

It’s Time to Get Sick and Tired!

I realized the word “burden” meant something within my traditional church culture that it probably wouldn’t mean to most people outside the church.

3. Think through the key words.

Church leaders could probably learn quite a bit from people whose job it is to optimize web pages for search engines. In the world of SEO (search engine optimization), a marketer’s big question is,

How can I help Google to recognize this piece of content as the most relevant possible result to show when someone searches for a particular key word or phrase?

I once performed an experiment and wrote a blog post containing ten safety precautions to take if you’re planning on kicking a llama in the neck. Sure enough, I was first in Google’s search results for all phrases remotely related to llama-kicking.

Nevermind that absolutely no one was seeking out advice about llama-kicking. Had they done so, my site would have been their definite first stop.

For Google, the title of a blog post or article is the single most important factor in determining what the content of the rest of the page must be about.

Why does this matter? Because if you’re preaching about marriage this Sunday and someone in your community just got engaged, it probably doesn’t do much good to promote a sermon titled

The Two Became One Flesh

It hints that the sermon will be about an essential truth. But it isn’t street language. It doesn’t convey value. And it doesn’t contain the target keywords. Instead, it could be

How to Save Your Marriage Before it Starts

Then when people get to church, you can preach all you want about how the two became one flesh.

Your message might be based on an event that occurred in the life of the Apostle Paul, or Abraham, or Rahab. But people who don’t come from a church background don’t know who those people are. And they may not care.

But they do care about themselves. That’s the universal human condition, right?

There’s a powerful three-letter word we probably don’t use enough in our preaching: you.

Don’t misunderstand. I don’t believe in any respect that the preacher should preach down at anyone. We must be authentically humble and with the people, not above them.

But if you want the sermon to be a little more like a conversation that moves someone forward, move out of the abstract world of “they” and the universal, tension-free world of “we” and get personal with the word “you.”

A magnetic sermon title creates hunger for more without satisfying it. That is, it raises interest and maybe even questions, but it doesn’t give the answer.

This Sunday: Yes, All Dogs DO Go to Heaven!

You would want to title it

Do All Dogs Really Go to Heaven?

How to Know if Your Dog is Going to Heaven

I’m not looking for a debate about the presence or non-presence of animals in heaven. I’m just pointing out that you want to create curiosity without closing the loop.

Last year, we did a series of messages on marriage called In the Ring. Get it? It’s a wedding ring… or a boxing ring… because love is not a fight, but it’s something worth fighting for… and sometimes it’s a fight!

The titles from the six-part series were as follows:

Now, granted, I broke the keyword rule by not using the word “marriage,” but in all of our promotion, we made it crystal clear that marriage is what “the ring” was referring to.

The individual titles, read in sequence, have a certain cadence to them. Everyone knows that, for six weeks, we’re looking at six different aspects of married life. It’s logical. And on a graphic, or a website, or an invite card, it’s promotable.

Okay, this one isn’t really a rule, per se. It all depends on whether you prefer the APA or the Chicago manual of style. But as an editor of various things, title case is a big deal to me, and here’s my rule: be consistent!

Here’s an exercise. Look back over your last few months of titles and scratch out some notes on how you could have written them to be more magnetic.

Then, evaluate the next series on your calendar that hasn’t been promoted yet and write the best titles ever!