The 7 Best Christmas Sermon Illustrations to Grab Their Attention

Christmas is the most wonderful time of the year, but it can be difficult to come up with fresh sermon illustrations every single year.  This season, instead of dressing up as Santa for the 5th year in a row, or telling that same story about giving your child a gift they’d been anticipating, try these ideas instead.

Ira D. Sankey was a hymn writer and song leader at many of D. L. Moody’s revivals.  One Christmas Eve, he was on a steamboat and the other passengers requested that he sing a song.  So he sang “The Shepherd’s Song.”  After he did so, a man came up to him and peppered him with questions: Had he served in the Union Army during the Civil War?  Was he ever on picket duty at night in 1862?

As the questions got more specific, the man revealed that he’d been a sharpshooter in the Confederate Army.  One night he’d seen a Union soldier.  When he was just about to shoot him, the soldier’s voice had wafted over the air, singing “The Shepherd’s Song.”  The music had touched his soul, and he’d put down his gun.  That night on the steam boat, he realized that God had stopped him from shooting Sankey, and he came to faith in Christ.

This illustration is a beautiful illustration of how God calls people from all walks of life to Himself.  We see this happening in the gospel, and throughout the New Testament.

In 2014 the average American spent $740 on Christmas gifts.  Why?  To demonstrate their love for someone else?  Truth be told, some of those gifts were probably purchased out of obligation.  How many of us have an Aunt Mabel that we forget to buy something for, only to have to grab something last minute, because we don’t want to show up empty-handed?

The heart of the Christmas gift shouldn’t be out of obligation, but out of love, with no expectation of repayment.  God has provided the gift of grace to your life through Jesus Christ.  You cannot and should not repay him for this gift.  Your service in life is just a thank-you note to Him.

Reasons to Be Thankful- Matthew Henry

Once, Matthew Henry (of the Matthew Henry commentaries) was attacked and robbed.  All of his money was gone.  It would have been understandable if he was angry, but here’s what he wrote in his diary:

This is a powerful illustration of thankfulness.  It’s so easy to develop a consumeristic mindset during this season.  Instead, we need to be thankful for the true gift of Jesus.  After all, God has given us so much to be thankful for.

In one episode of the popular TV show “The Office,” two coworkers, Dwight and Andy, get into a favor battle.  Dwight comes in with bagels and when someone takes one, he smiles and says, “You owe me one.” He’s planning to cash all these favors in, but it all comes crashing down when one of the other characters, Andy, insists on cashing favors in immediately.  Every time Dwight gives Andy something, Andy outdoes him, so it becomes a competition.

While this may sound hilarious and ridiculous, it’s actually a great illustration of how we sometimes give- out of obligation.  It can be hard for us to receive gifts, but we need to open ourselves to the gift that God has given us through Jesus.  From there, His grace will empower our obedience.  Our obedience doesn’t empower grace.

In his book of sermon illustrations, Dr. Tony Evans tells this story: “One year at Christmastime, my wife wanted some wrapped boxes to use for decoration.  She took eight empty boxes and had them wrapped to use as a decoration at our front door.  Those boxes sat in front of our house, impeccably wrapped, topped with bows, but empty.  I didn’t worry about a thief coming and stealing any of the wrapped boxes in front of our house- there wasn’t anything in them.  A lot of folks are well-wrapped, but there’s nothing going on inside.  Unfortunately, today many people don’t know what it means to be truly blessed.  They just want to be well wrapped.  True, authentic Christian living starts on the inside and the evidence of that life works its way out.”

If you’ve never seen it, the premise of It’s a Wonderful Life is that a young man, George Bailey, stays in the town of Bedford Falls.  Even though he dreams of traveling the world, he does the right thing and helps run his father’s business, which provides loans to low-income individuals.  One Christmas Eve, he runs into some trouble and he’s worried that he’s going to go to jail because someone else made a mistake, and he wishes he had never been born.  In the last part of the movie, he gets to see what life would have been like if he really had never been born.  He sees how his sacrifice has made a difference for so many people.

This is an illustration that you’ve probably heard many times.  Here’s why it’s important to explore this year: If that movie had been made today, it probably wouldn’t have been about George Bailey changing the world by staying home.  He would have gone out and had his adventures and lived his life.  What we don’t see a lot of today, in the stories that we tell, is the beauty of life lived in sacrifice.

What we observe in It’s a Wonderful Life is someone who continually says, “No, I’m going to sacrifice for the greater good, I’m going to sacrifice even if it means not getting to see the world.  Even if it means not getting to follow my dreams or follow my heart.  I want to do it for other people.” That really shows the power of what Jesus reveals to us in incarnational living.  Jesus sacrificed in order to come to earth and to live and to die for us, and we must live that out as well by following His example.

Here’s an example of how one act of generosity changed Justin’s life forever:

“When I was growing up, things were always tight.  But, my parents were committed to tithing, and they taught me to tithe as well.  Still, I didn’t consider myself a generous person.  I felt like I had to tithe, out of obligation, but anything beyond that I would hold onto.

“Well, I started working for a company, and the leader of that company was a very generous man.  One Christmas, he decided to give away $250 Walmart gift cards to every single employee for them to give away to somebody else.  For some reason, his secretary said, ‘Justin, I have a few extra, do you want to take a few extra to give away?’ and I said, ‘Sure!’

“So my wife and I got together with a few friends and we went to Walmart.  We bought backpacks and filled them with socks, toothbrushes, toothpaste, cologne, deodorant, etc., and set out to give these backpacks to different homeless people we would see.  We had a total of 6 male-specific backpacks and six female-specific backpacks filled with respective items.  Toward the end of the day, I had one backpack left, and it was packed for a man.  An old lady walked by me, obviously homeless, and I started talking to her.  She was really sweet.  I gave her the backpack and apologized that there were some men’s items in there, but I told her that Walmart would let her return them so that she could buy what she needed.

“Then, she said something amazing.  She said, ‘I don’t know if I could return that cologne and deodorant.  It was such a thoughtful gift from you all, I just might want to keep it.’  I’ve never forgotten that.  That moment was a gift to me, because it changed me.  Because I wanted to be able to give that moment to someone else.  So, from that day forward, I determined to be a much more generous person, beyond just tithing.  I grew because of the leadership and example of someone else leading in generosity.  Generosity is contagious.”

You’re welcome to use this story if you’d like, but probably you have a story that’s similar, right?  You have a powerful illustration of generosity that would mean a lot to you to share, but would also mean a lot to your people.  Dig deep.  Think through your life for the past few years and the different Christmas seasons you’ve been through.  Maybe there’s something there that you’ve forgotten about that would be so rich and so helpful for your people.

We hope these sermon illustrations inspire you as you’re crafting your Christmas sermons!  If you have responses or ideas of your own to share with other pastors, tweet us or leave a comment on this Youtube episode!

Next week, we’ll be talking about the “Win the Day” series with Mark Batterson.  It’s about building Biblical Healthy habits. 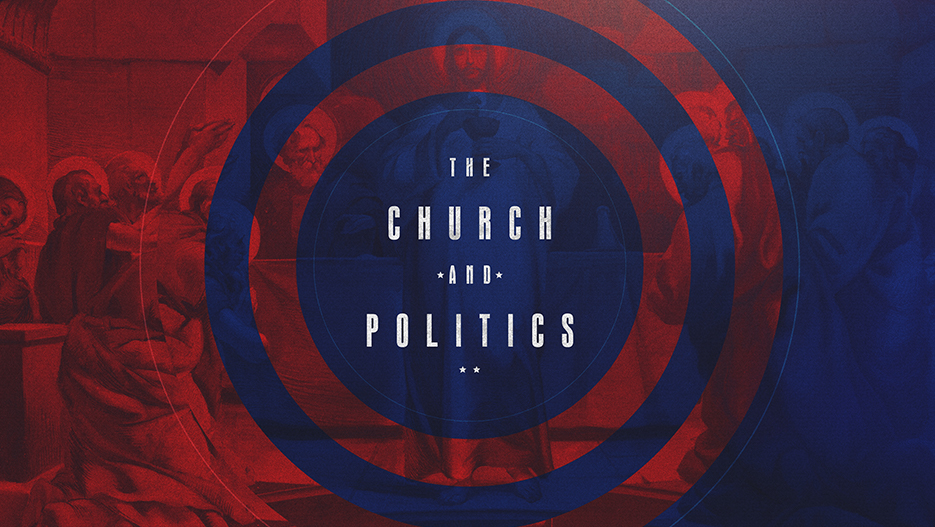 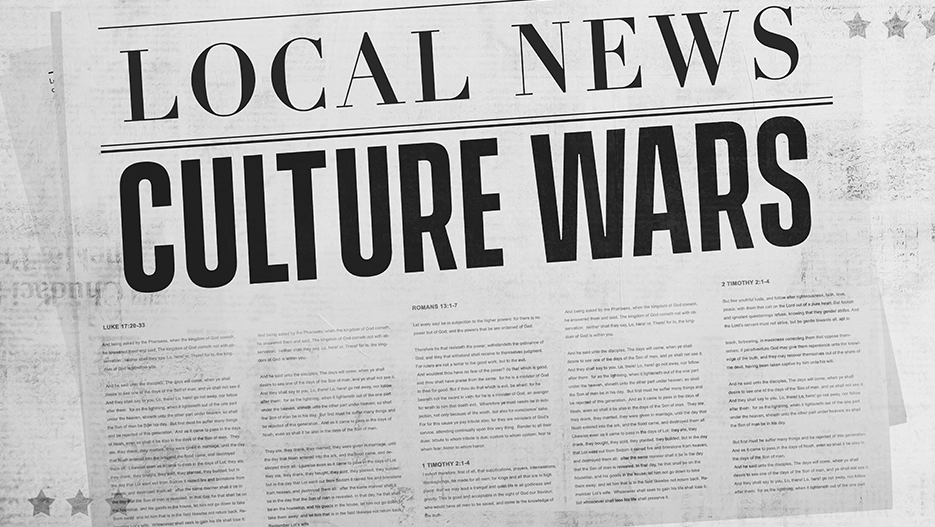 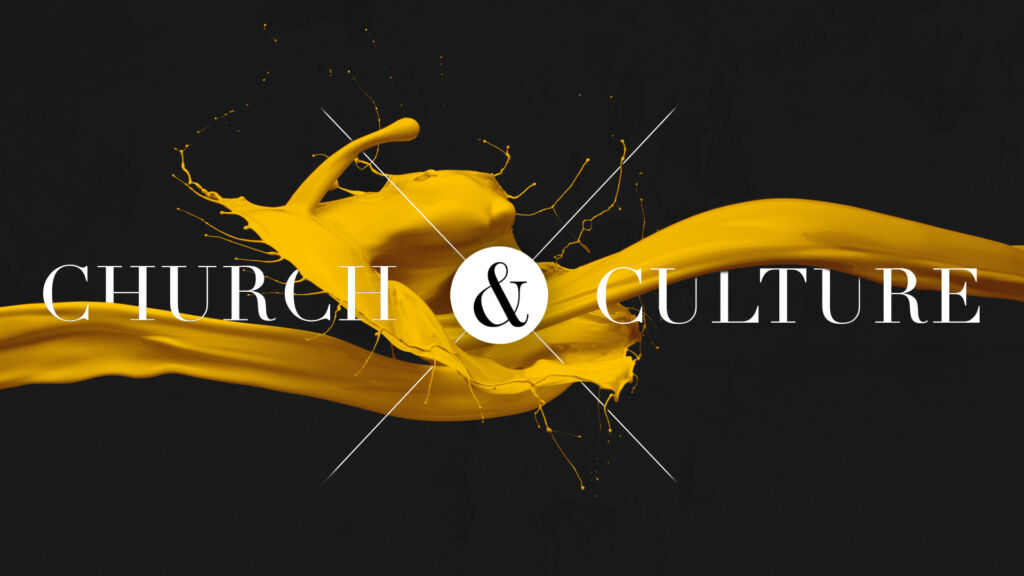